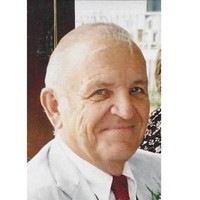 Don graduated from Irondequoit High School, where he later taught math for many years and retired as the head of the math department. Don loved being a teacher. He also graduated from University of Rochester (B.S.) and Springfield College (M.S.). While living in Rochester, Don was active at Lake Avenue Baptist Church.

A memorial service will be held at a later date at Allegheny Unitarian Universalist Church in Pittsburgh.

In lieu of flowers, Don's family suggests that you make a donation in his honor to either the Irondequoit High School Math League (care of West Irondequoit Central School District, 321 List Ave., Rochester, NY 14617 (585-342-5500)) or the charity of your choice . Please share your thoughts and memories of Don at www.heardfuneralhome.net Arrangements entrusted to Heard Funeral Home, Inc. 412-931-0200. - See more at: http://www.legacy.com/obituaries/democratandchronicle/obituary.aspx?n=donald-edward-ross&pid=171519830&fhid=4357#sthash.h3GfuYdy.dpuf